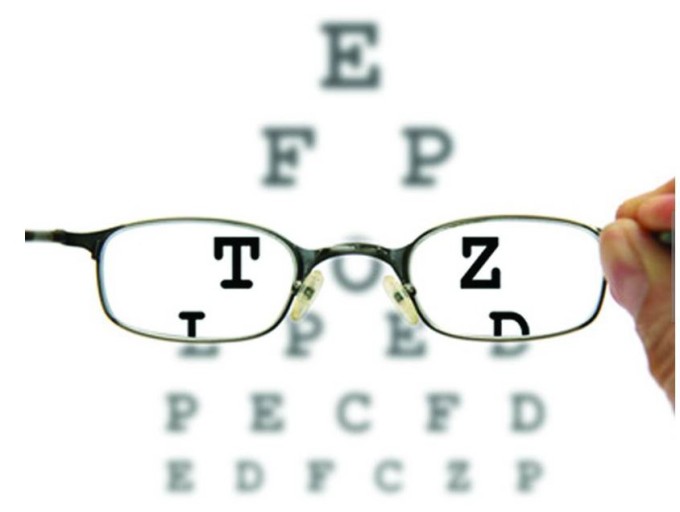 In my dentist’s office there used to be this really large picture that hung on the wall in her waiting room. It had the appearance of some sort of modern abstract art. It never did anything for me. I had glanced at it on numerous occasions but never really paid it much mind.

That changed one day.

On that particular occasion, a little girl accompanied by her mom, came in to the dentist office and took the seats nearest me. I overheard the child saying to her mom, as she gazed at the picture with a smile; “Do you see anything?” The mom looked up briefly from her smartphone, smiled, and then returned to whatever it was she was looking at. The little girl continued to gaze at the picture until it was her turn to see the dentist.

After they left the room, I wondered what it was that was so interesting about this picture that had engaged a child’s attention for so long. The picture itself, though large, in my opinion was nothing to really look at…in fact, it was rather plain looking. I was thinking this while I was still looking at the simple colors and the seemingly random patterns that made up the picture, when suddenly an entire scene of various forest animals materialized! What to the uneducated eye appeared as simple abstract art, was actually, a carefully crafted picture that required the viewer to spend time gazing at it before the true objects became evident to the viewer.

Now, whenever I happen to see that picture, I can’t help but really “see” the images that the creator intended for me to discover. The images no longer remained hidden from view.

Some years ago, while serving at a start-up church, I found myself in the position of having to teach children; kindergarten through six grade. It was never my intention to teach kids, I was much more comfortable with teaching adults. But there was no one else, and so I took the role with the idea that this was only a temporary assignment. I had never taught kids before, and I judged my first few weeks as a disaster.

To complicate matters, we served a community in which many families where skating on the edge of homelessness. Many single moms and dads from a low income housing project nearby would visit our church on Sundays. Some of these families were transitory, they would come a few Sundays and I’d never see them again. For those families in particular, I was not able to see how anything that I was doing with them in class would ever matter or make a difference in their little lives.

Over time my teaching skills improved as I learned that kids learn differently than adults. The kids and I were having much more fun, as evidenced by a lot of laughter and even some random learning happening. Yet I still wondered…did my miniscule contribution really make a difference in the grand scheme of things. Shouldn’t I be doing something bigger and more important? I pondered those questions, and concluded that what I was doing really didn’t make a difference, there was simply too much hurt and impossible circumstances with many of these kids. Nothing I was doing really mattered.

A few weeks after coming to that conclusion, a young mom and her little kindergarten aged son came and visited our church.

Her son was a joy, a great little guy, complete with out of control blond hair and sky blue eyes. In class he was very attentive, he followed every move I made and made every effort to politely get my attention during the entire class time. I couldn’t help but spend some extra time with him. As I interacted with him, I saw that his little blue eyes gave away something else; a sense of deep hurt and loss. I devoted as much time with him as I could. Fortunately we had several other adult helpers that day, so I had the luxury of extra time. Together we played games, drew pictures, and he demonstrated his extraordinary play-dough skills for me.

It was later that I had learned from his mom, that her husband had recently abandoned their family, and that her son had been devastated in not understanding why “daddy left.”

When class was over, and I was signing him out to his mom, he ran over to her with crafts in hand and greeted her with a hug, and then turned quickly to face me as if to say something. I knelt down to be at his level, and without warning, he fell into my arms, putting his little chubby arms around my neck. He gave me a great big hug! He held me tight. I was so surprised that at first I didn’t know how to respond. That kind of thing never happened before! Certainly never in any of my adult classes! I put down wherever it was I had in my hands and gently hugged him back.

In that instant, my heart was broken, but my vision was made clear.

What we do for our Lord does matter! It matters because He places us in the right places at the right times for His perfect purposes. We may not see the final outcomes, but where possible, we are to express His love in every task we are given, no matter how much or little we think it might matter.

All I know is that it mattered to a little boy that morning, a young life that had experienced deep hurt without understanding the adult complexities of why. I hope and pray that perhaps on that day, he saw in me a small reflection of Jesus.

Getting to the Heart of an Issue

Because we’re all recovering from something.